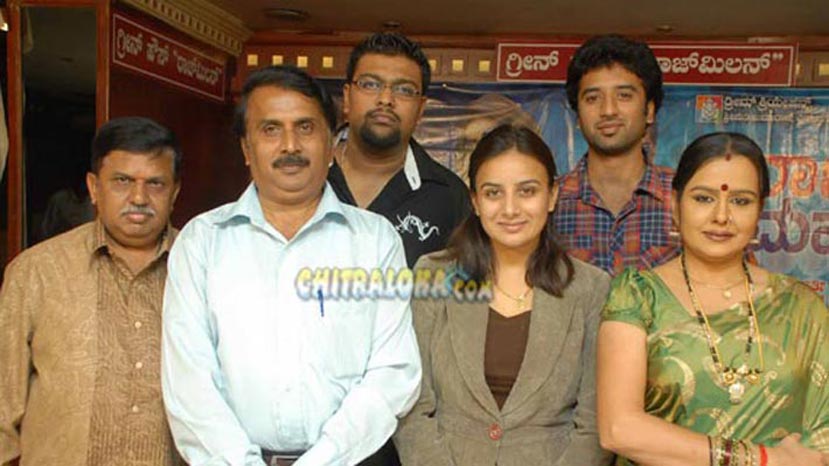 A special show of Rani Maharani directed by B. Rama Murthy has been organised by Pooja Gandhi on Monday evening at the Renukamba theatre exclusively for her fans. Talking to the portal , Pooja Gandhi who is so much excited about the film in which she is being featured in a double role for the first time said that she would be sending about 100 messages to her fans and personally inviting them for the preview for knowing their reactions. The film is being released on December 10.

Incidentally the film's producer B. Sathyanarayana and B. Rama Murthy had organised a press conference on Saturday evening to show some promos and songs of the film. B.Rama Murthy said that the film is not a hundred percent remake of his own film Rani Maharani with Malashri which became a block buster hit. "We have made many changes in the story line and even the characterisation has also been changed. We have used one popular song Koogo Kolige Khaara Masale in the film. Otherwise the pattern of songs and its picturisation has also been changed. But we are happy that the film has shaped up very well' said Rama Murthy.

Pooja Gandhi said that she is eagerly looking forward to see the reactions of the people about the film. "I have put my heart and soul into the film' said Pooja Gandhi.

Vinaya Chandra, son of actor and Journalist Suresh Chandra has composed songs of the film. The film's hero Akshay was also present.