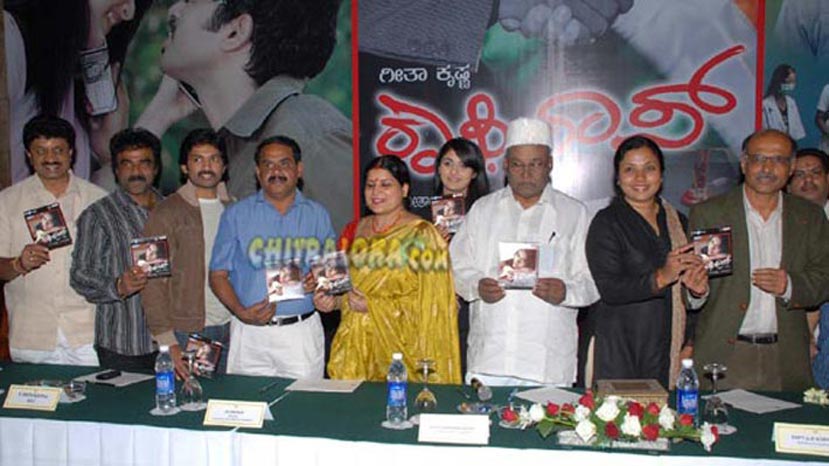 Geetha Krishna said that he will never claim that he has made a great film, but certainly he can claim that he has made a good film. 'The film is certainly a different film. I have taken a contemporary issue to deal with in this trilingual film which has been made in Kannada, Telugu and Tamil. "I can assure you that the film will meet all the expectations of the audience' said Geetha Krishna who has made some top class films like Sankeerthana, Kokila and other films.

Ms. Jayamala, President of the KFCC, Top line producer Rockline Venkatesh, Producer and Distribuor S.A.Chinnegowda and others were present in the function.