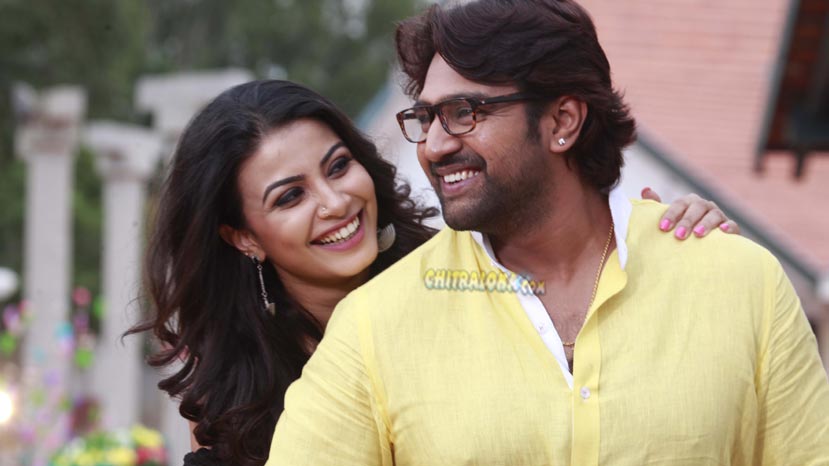 Chiranjeevi Sarja's new film 'Samhaara' which was released on Friday is running successfully. Meanwhile, the team had organised a celebrity show and many celebrities including Arjun Sarja, Prajwal Devaraj, Krishi Tapanda, Sudharani and others saw the film in a special screening held at PVR Cinemas in Orion Mall on Sunday.

'Samhaara' is a remake of Tamil film 'Adhe Kangal'. Chiru plays a role of a blind in the film originally played by Kalaiyarasan. This is the first time that Chiranjeevi is playing such a role in his career. The film stars Chiranjeevi Sarja and Chikkanna in prominent roles. Haripriya and Kavya Shetty are the heroines.

'Samhaara' is being produced by A Venkatesh and Sundar Kamaraj under the Manu Enterprises banner. Jagadish Wali is the cameraman. Ravi Basrur is the music director.