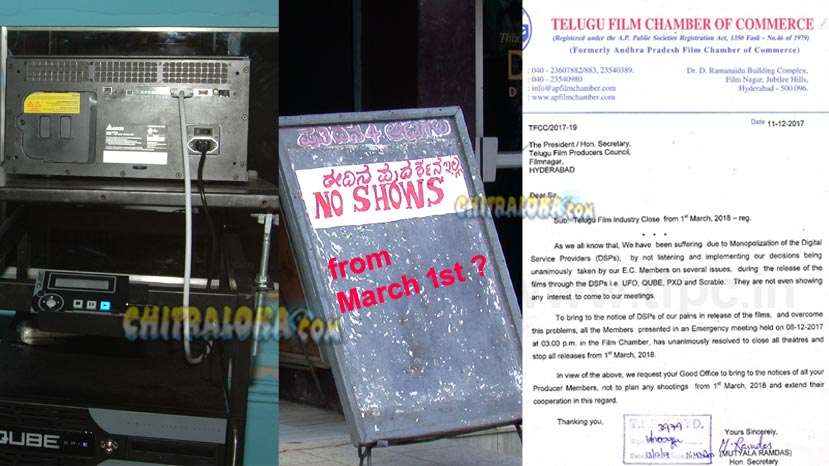 Major problems Chitraloka was told are these –

The problem is with digital service providers who beam the films to theatres via satellite. They are charging exorbitant charges allege film makers. The service providers like Qube and UFO have also locked theatres in a 10 years lease not allowing other provides to be deployed thereby creating a monopoly. Film makers have tried to settle the issue through talks but till now none of the service providers have come forward for talks it is said.

The KFCC is expected to take a decision on the stopping of screening and film activities from March 1 shortly.