Four Stars In One Frame 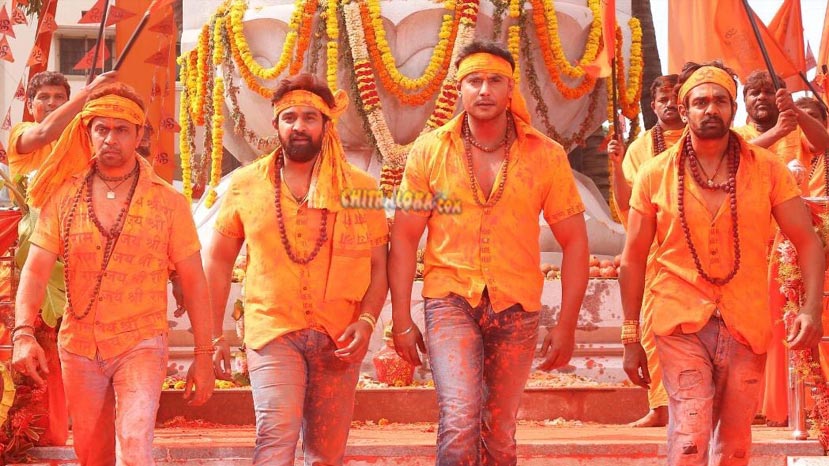 Prema Baraha, the film directed by Arjun Sarja that is releasing this week is set to create a unique record of sorts. Four top stars will be seen in a single frame in a song in the film. There have been several songs where other stars have made a special guest appearance.

There have also been songs in which several stars make a special appearance but in different parts of the song. In the song for Prema Baraha apart from Arjun Sarja, his two nephews Chiranjeevi Sarja and Dhruva Sarja will be seen. But the biggest scoop is the appearance of Darshan in the same frame. This will be one of the most eagerly awaited shots in Kannada films so far.

The reaction of the fans witnessing four stars in the same frame can only be imagined. It is just a wait of two more days.