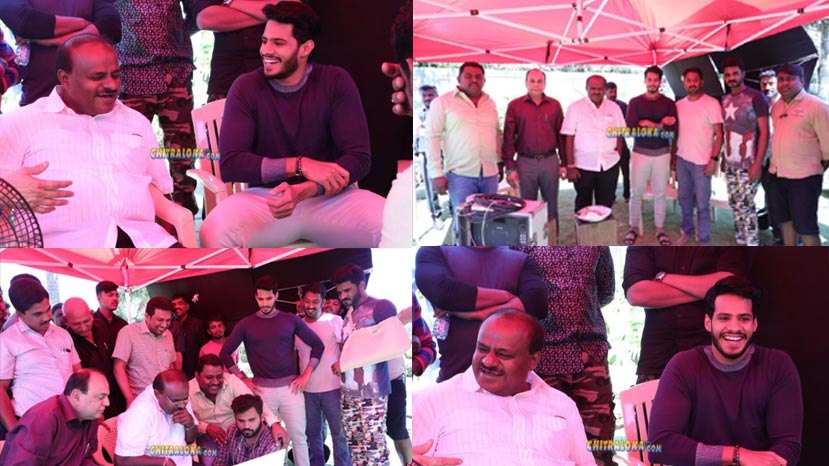 The shooting for Nikhil's third film 'Seetharama Kalyana' which started recently is in full progress on Monday, Nikhil's father and former Chief Minister H D Kumaraswamy visited the sets and examined the proceedings. He met the team members and spent some time with them.

Harsha will be directing 'Seetharama Kalayana' and the film is being produced by Anitha Kumaraswamy under the Chennambika Films banner. Rachita Ram has been roped in as the heroine of the film.

'Seetharama Kalyana' is a rural based film and features a lot of big artistes. Ravi Basrur is the music composer, while J Swamy is the cameraman.