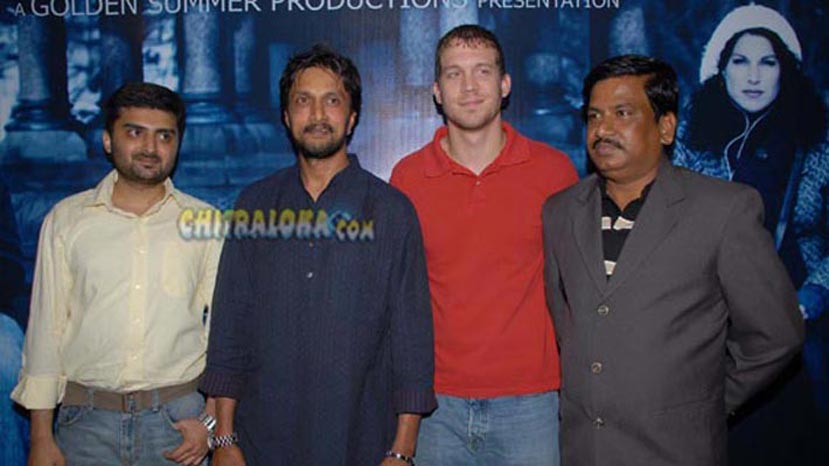 Kannadiga Anup Bhandari son of famous Television film director Sudhakar Bhandari has now directed a twenty film English short film Words which focuses on the issue of Dumb and Deaf people . The film has already created ripples in some international foray and producers of the film had organised a press meet to give details about the film. Kannada actor Sudeep also graced the occasion. Sudeep was introduced as an actor by Sudhakara Bhandari in a Television serial. After watching the 20 minute short film, Sudeep felt impressed by the editing pattern and the cinematographic work of the film.

Anup Bhandari is now settled in USA and has a great passion towards films. He said he wanted to make a film on Deaf and Dumb only because those physically challenged people can show a great prowess in their work and they are not inferior to normal people. Anup also said that he will send the film to many international short film festivals and hoped that the film will certainly get a very good recognition. Anup Bhandari has edited the complete film in Bengaluru and Veteran Editor Prasad is the editor of this short film.

Russel Horward who had already acted in a Oscar Award winning film "There will be Blood' was in the press conference to share his happiness over working in this short film.