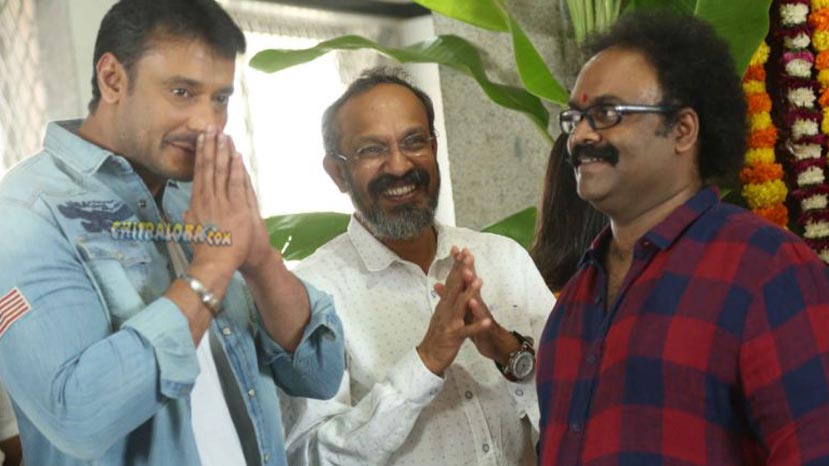 Darshan's 51st film which is being directed by Pon Kumar and produced by Shylaja Nag was launched on Monday at Prasanna Ganapathi Temple in Chandra Layout.

Darshan's brother Dinakar camer over as the chief guest of the function and sounded the clap for the first shot of the film. Darshan, Rashmika Mandanna, B Suresh, Shylaja Nag, V Harikrishna, P Kumar and others were present at the occasion.

V Harikrishna is the music director. Srishah Koodavalli is the cameraman. Though the film has been launched, the regular shooting for the film will commence only in the month of February.