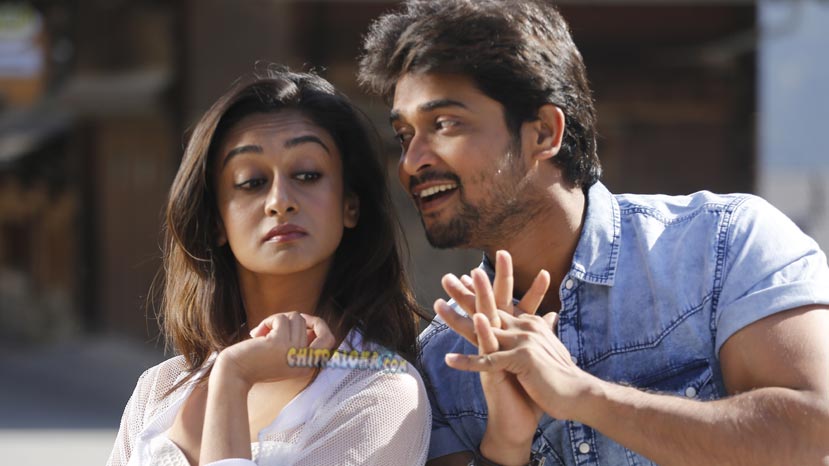 Arjun Sarja's latest directorial venture 'Prema Baraha' is all set to release on the 9th of February. The film will be releasing along with Chiru Sarja's 'Samhaara'.

'Prema Baraja' marks the debut of Arjun's daughter Aishwarya to Kannada cinema. Earlier, Aishwarya made his debut in 'Pattathu Yaanai' which was released in 2017. Now she is all set to make her debut in Kannada with 'Prema Baraha'. Chandan is the hero. Rangayana Raghu, Sadhu Kokila, Prakash Rai and others play prominent roles in the film. Darshan, Arjun Sarja, Dhruva Sarja and Chiranjeevi Sarja are seen in a special song.