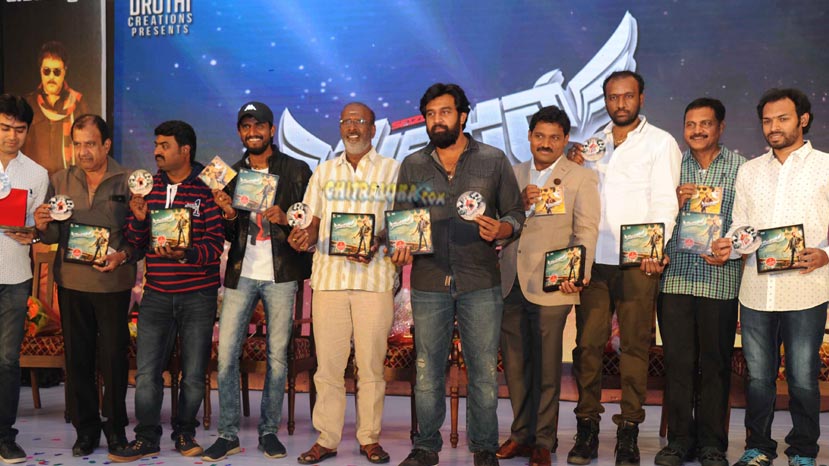 Chiranjeevi Sarja's new film 'Seizer' is complete and will be releasing in the month of February. Meanwhile, the songs of the film were released in Bangalore recently.

Except for Chiranjeevi Sarja who plays the protagonist in the film, none of the other artistes including Parul Yadav, Ravichandran, Prakash Rai and others were present during the occasion.

'Seizer' stars Chiranjeevi Sarja, Parul Yadav, Ravichandran, Prakash Rai and others in prominent roles. Rajesh Katta is the music director, while Chandan Shetty who is inside the 'Big Boss' house has composed the songs for the film. Vinay Krishna has directed the film apart from writing the story and screenplay of the film.