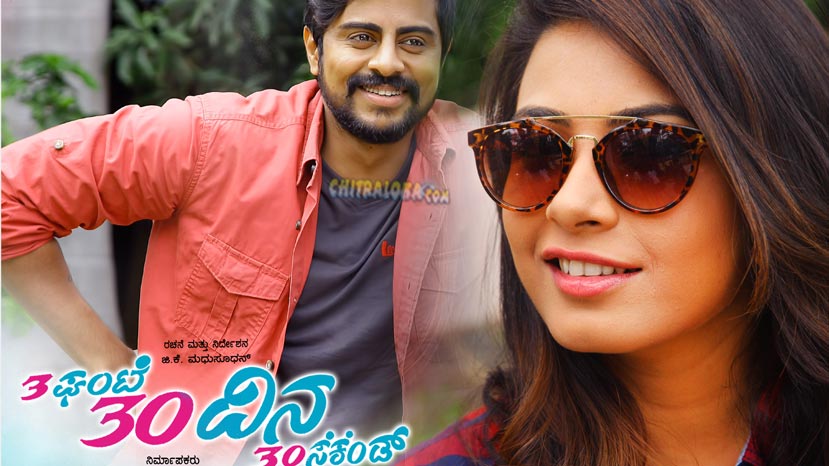 Aru Gowda starrer '3 Gante 30 Dhina 30 Second' is all set to be released on the 19th of January in Anupama and other theaters across Karnataka.

Srinivas Ramaiah is the cameraman, while Sridhar Sambhram is the music director.