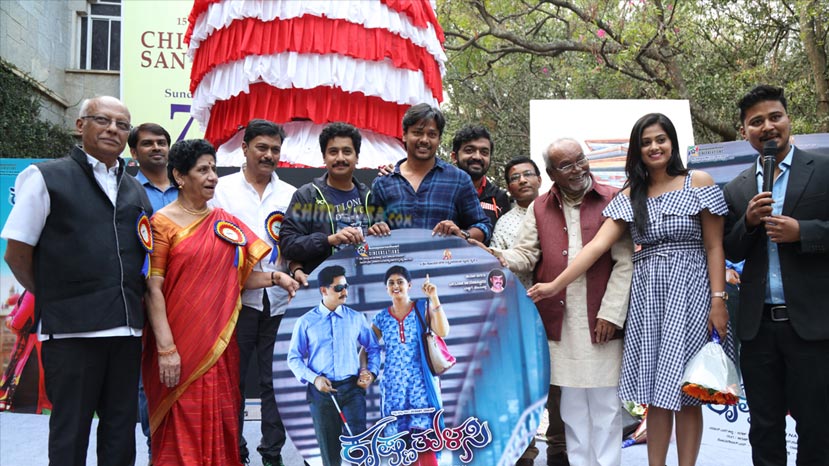 The teaser of Sanchari Vijay starrer 'Krishna Tulasi' was released amidst thousands of people at the Chitra Santhe held in Chitra Kala Parishath in Bangalore on Sunday.

Chitra Santhe is the biggest art mela in Karnataka and every year thousands of people gather here to witness and buy some of the best drawings, paintings, caricatures and murals. So, the team released the teaser of the film amidst art fans.

'Krishna Tulasi' stars Vijay and Meghasri and the film is being directed by Sukhesh, while M Narayanaswamy is the producer. Kiran Ravindranath has composed the songs for the film.