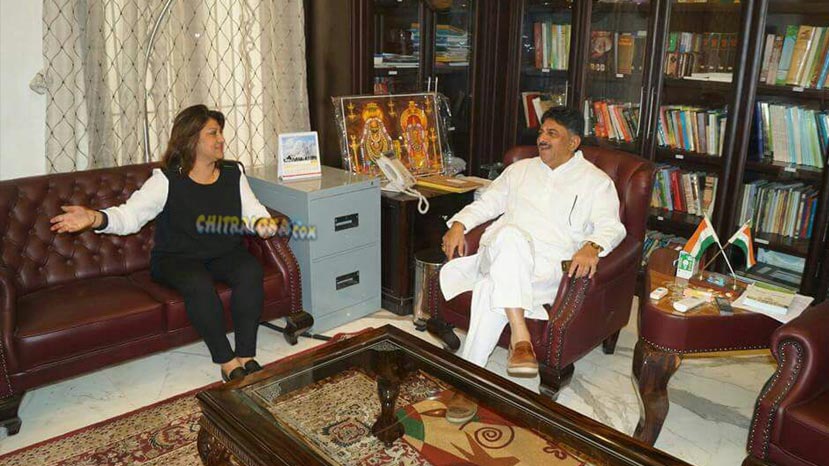 As the Assembly elections approach there are more and more film actors who are ready to join politics and give it a try. The latest it seems is Malashree. Producer Ramu and actress Malashree have remained far away from politics all these years.

Malashree was the reigning star of the film industry in the 80s and 90s. Her popularity was no less than that of any hero. Even today she acts in lead roles in films which cannot be said of many other stars. She surprised everyone today by meeting DK Shivakumar, one of the top Congress politician in Karnataka and the Energy Minister. The details of the meeting was not revealed. But it left no doubt that Malashree will be joining Congress and is also likely to contest in the upcoming Assembly elections.