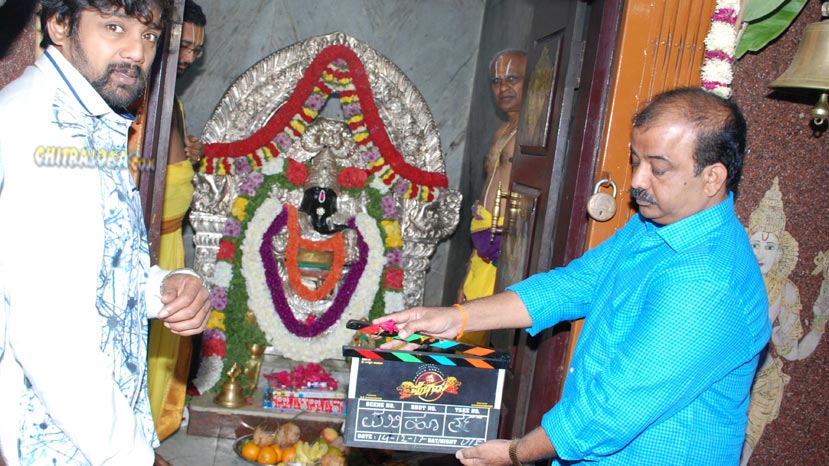 Dhruva Sarja starrer 'Pogaru' being directed by Nandakishore and produced by Gangadhar was launched at the West of Chord Ganapathi Temple in Bangalore on Thursday morning.

'Pogaru' was in the news for quite sometime. However, the film got delayed because of various reasons and now the film has been finally launched. Dhruva Sarja, Gangadhar, Nandakishore and others were present at the occasion.

Like Dhruva's previous films, this one is also a straight film. Rashmika Mandanna has been selected as one of the heroine of the film. The other one is yet to be finalised. The shooting for the film will start soon.