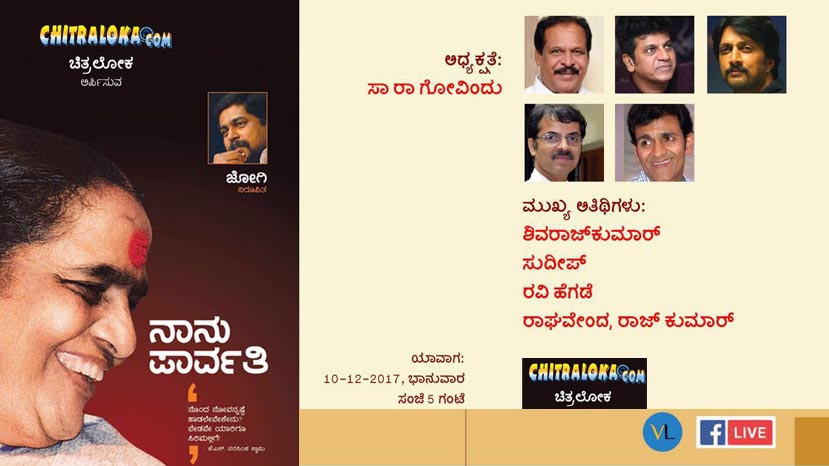 'Naanu Parvathi' is a book of collection of experiences which were published in Chitraloka.com (in english) and Kannada Prabha a decade ago. Journalist Jogi had interviewed her and had written her experiences. Now the collection of articles is being released in a book format and this is Chitraloka's second book after Uday Marakini's 'Touch Screen'.

The release of 'Naanu Parvathi' will be attended by KFCC president Sa Ra Govindu, Shivarajakumar, Sudeep, Kannada Prabha editor Ravi Hegade, Raghhavendra Rajakumar, Actress Jaimala and others. The event is scheduled at 5 PM on Sunday.