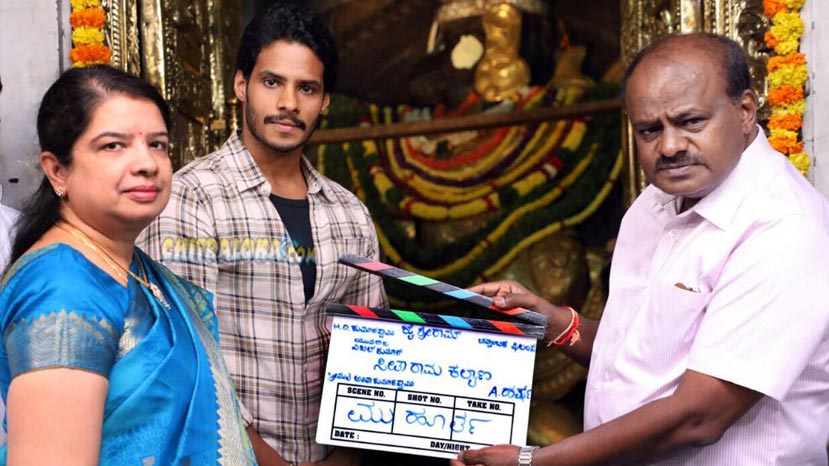 Nikhil's third film after 'Jaguar' and 'Kurukshetra' has been titled as 'Seetharama Kalyana' and was launched today morning at the Karnaji Anjaneya Temple in Bangalore. Former CM and Nikhil's father H D Kumaraswamy sounded the clap for the first shot of the film.

Earlier, there was news that Nikhil will be acting in a film to be directed by choreographer turned director A Harsha. According to that, Harsha will be directing 'Seetharama Kalayana' and the film is being produced by Anitha Kumaraswamy under the Chennambika Films banner. 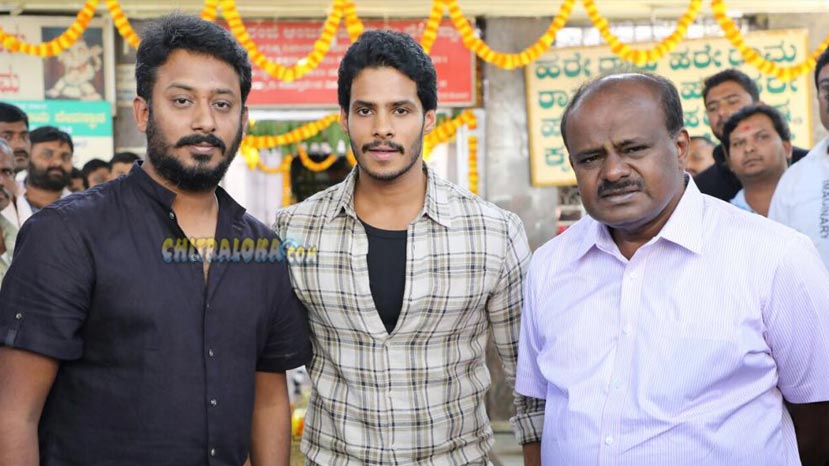 The film will be a rural based film and features a lot of big artistes. Right now Nikhil and Sharath Kumar has been finalised and the rest of the star cast will be finalised before the team starts shooting by December 10th. Ravi Basrur is the music composer, while J Swamy is the cameraman.