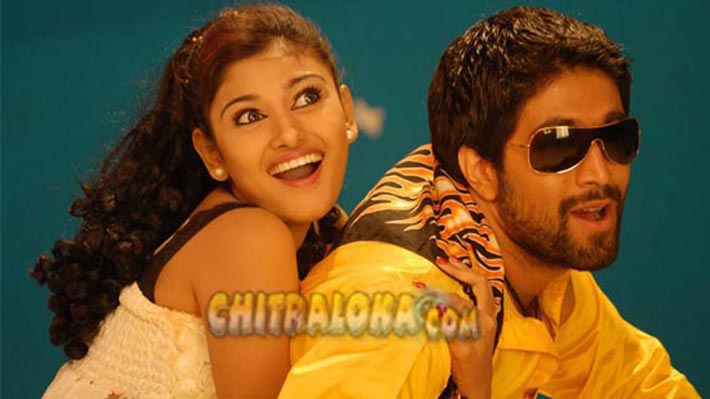 I am a huge fan of Ambareeshana in real life. I am extremely happy to play the role of a youngster who is an ardent fan of Ambareeesh in the film Kiraataka directed by Pradeep Raj. I am very happy that Ambareeshanna has graced his presence in this audio release function as the film has been shot completely in Mandya district. We even have a song of the film which contains references to around one hundred villages in the district' said young star Yesh during the audio release function of the film Kiraataka produced by Sharavana Murthy and Ms. Shantha Kumari. The film's music composition has been done by V.Manohar who reiterated that all the songs have been rendered by local play back singers including the famous Chaitra and Hemanth.

He said two new singers Krishna and Nakul Abhayankar have been introduced through this film. Rebel Star Ambareesh who released the audio of the film said that he was very happy that the film was shot completely in surroundings of Mandya and the film's story dealt with a love between two youngsters living in the Cauvery belt. He said the song in which more than one hundred villages of Mandya district were referred is sure to be liked by the people of his district. He wished the big success for the audio of the film. Actress Tara, Nagabharana who have worked for the film essaying different type of roles were also present along with the technical team.