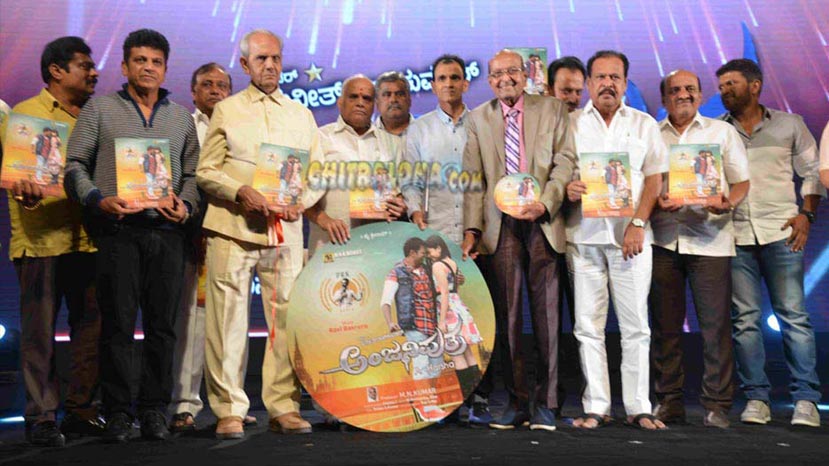 The audio release function was organised at the Jnanajyothi Auditorium on Friday in Bangalore. Many dignitaries from the Kannada film industry including Shivarajakumar, KFCC president Sa Ra Govindu, K C N Chandrashekhar, S A Chinnegowda, S A Govindaraj and others were present at the occasion.

'Anjaniputra' is the remake of Tamil hit 'Poojai' and is directed by A Harsha, while M N Kumar is the producer. The film stars Rashmika Mandanna, Ramya Krishna, Ravishankar, Akhilesh Mishra and others in prominent roles. Ravi Basrur is the music composer, while J Swamy is the cameraman.