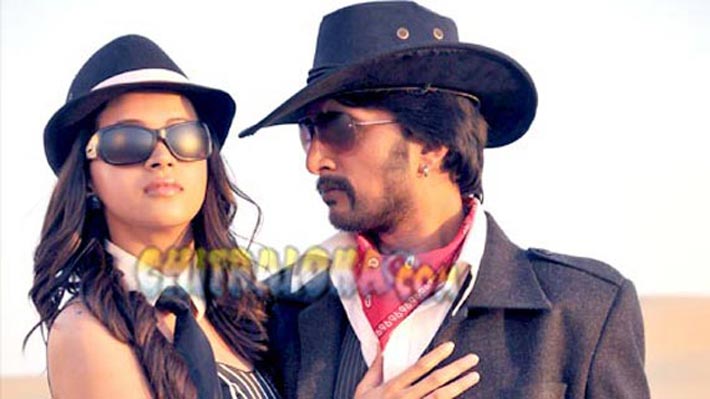 A fight sequence is now being picturised for actor-producer Dwarakish's new untitled film which has Sudeep in the lead. The film is being directed by Kumar has two heroines Bhavana and Priyamani while Sonu Sood plays the role of the villain.

The fight sequence will be continuing for nearly five days from May 2. Already many sequences featuring Sudeep and Arun Sagar have been canned. The film's shooting will be continuing upto May 22 after which Sudeep is going to Hyderabad for the shooting of S.S.Rajamouli directed Eega. The pending shooting portions will be the picturisation of four songs and the climax sequence which will be taken up after Sudeep comes back to Bengaluru from Hyderabad.