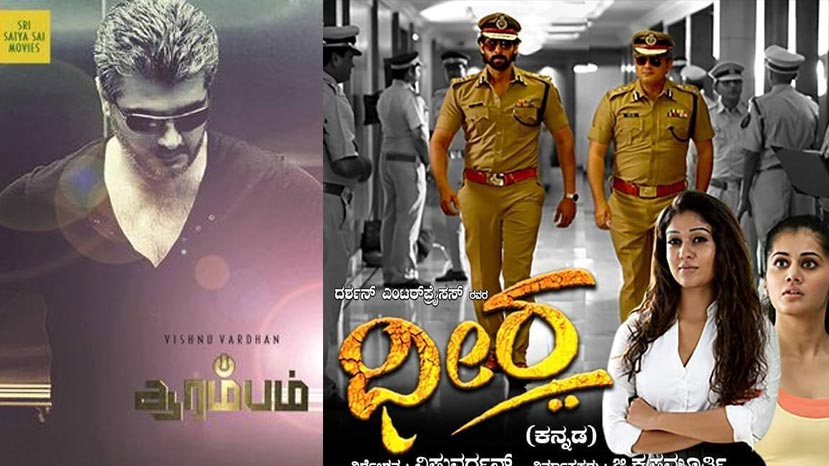 Ajith's Tamil film 'Aarambham' which has been dubbed to Kannada as 'Dheera' was released on 17th November in Kokila theater in Hoskerehalli. But there were no protests from pro-Kannada organisations against this and there were not much people to watch the film also.

'Aarambham' was released a few years back and was an hit in Tamil Nadu. Now the same film has been dubbed to Kannada as 'Dheera'. G Krishnamurthy who had dubbed 'Satyadev IPS' has dubbed this film also. The film stars Ajith, Nayanatara, Rana Daggubati and others in prominent roles.