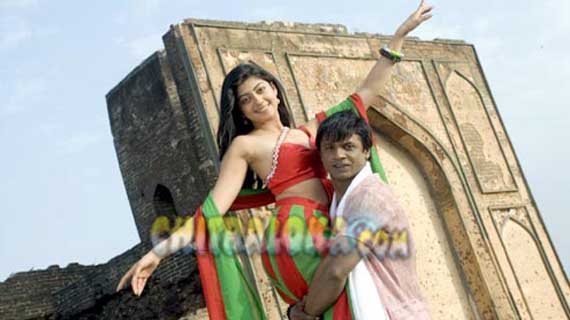 The unit of Shashank directed Jarasandha produced by Shourya film producers Gangadhar and Basavaraju starring Vijay and Praneetha Subhash has left to Bangkok to shoot for a song for the film. The film's song will be shot for five days after which another song will be picturised in Bidar. Later shooting for a few pending sequences will be taken up. The climax sequence has to be picturised in this schedule.

Vijay plans to finish the entire part of shooting and dubbing work for the film to then move to the shooting of Bheema Theeradhalli produced by Anaji Nagaraj and directed by Om Prakash Rao.

Arjun is composting the music for the film, while Sekhar Chandru is the cameraman.