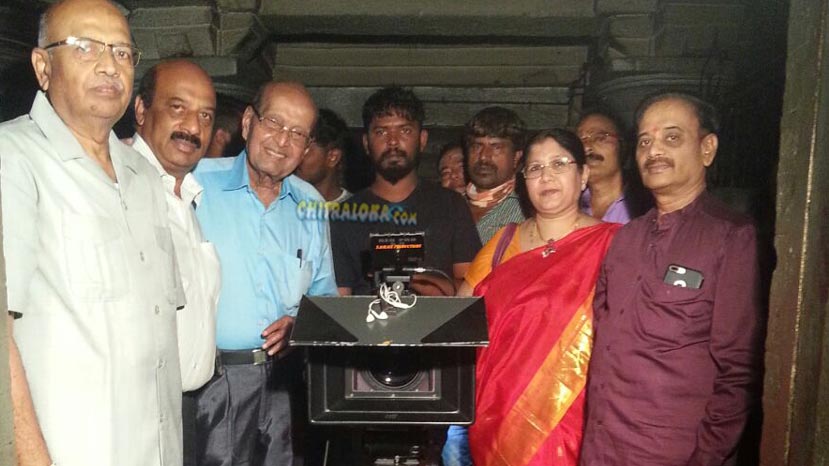 Veteran director Bhagawan is back to directing films after a 25 year gap. His last film was 'Balondu Chaduranga' which was released in 1992. That was his 49th film as a director. Now the veteran director is back with his 50th film 'Aaduva Gombe'.

'Aaduva Gombe' was launched recently at Hiremagalur near Chickmagalur. Ananth Nag's wife Gayathri Ananth Nag sounded the clap for the first shot of the film, while Rajeshwari of Chamundeshwari Studio switched on the camera.

'Aaduva Gombe' stars Ananth Nag, Sanchari Vijay, Sudha Belawadi and others in prominent roles. Bhagawan himself has written the story, screenplay and dialogues of the film apart from directing it. Ganesh is the cameraman, while Hemanth Kumar is the music director.