Tagaru Teaser To Be Released By G R Vishwanath 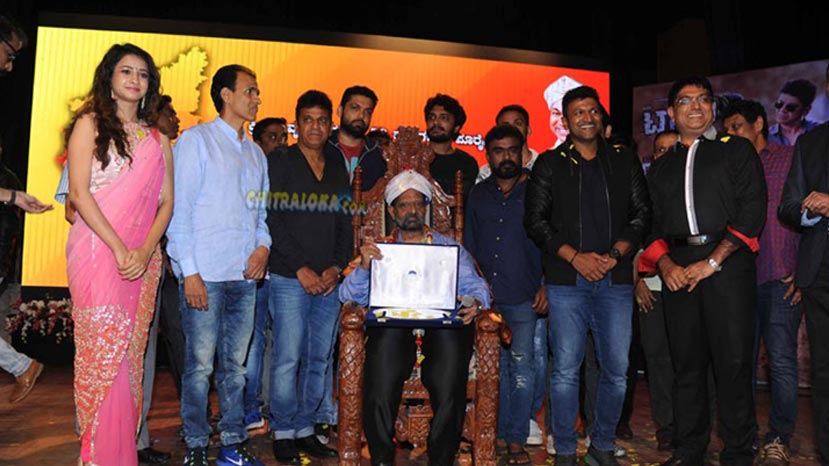 Tagaru Teaser To Be Launched by GR Vishwanath

Ace cricketer G R Vishwanath is all set to release the teaser of Shivarajakumar starrer 'Tagaru' on the 7th of November in Town Hall in Bangalore.

The teaser release function of the film is organised by Shivu Adda and Raj Dynasty along with the help of Shivarajakumar Fans Association. The event is attended by Minister D K Shivakumar, Shivarajakumar, Puneeth Rajakumar and others.

'Tagaru' stars Shivarajakumar, Dhananjay, Vasishta Simha, Manvitha Harish, Bhavana Menon, Devaraj and others in prominent roles. 'Tagaru - Maiyyalla Pogaru' is being written and directed by Suri, while K P Srikanth is producing the film. Mahendra Simha is the cinematographer, while Charan Raj of 'Godhi Banna Sadharana Maikattu' is the music director.