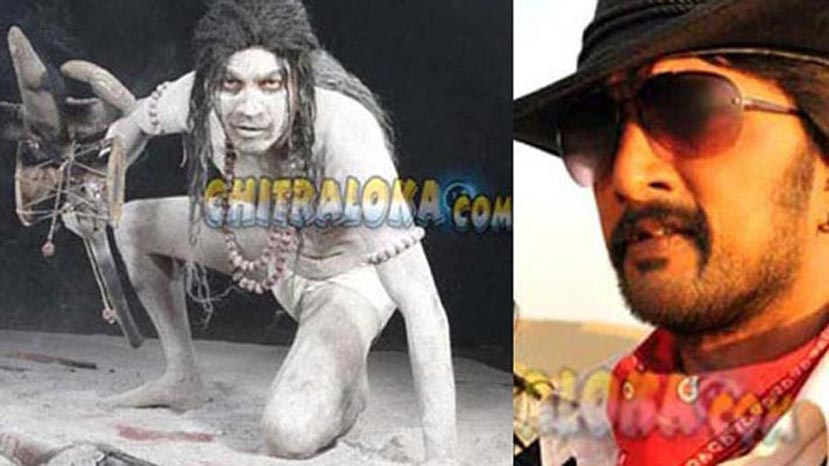 With two stalwarts of the Kannada film industry sticking to their stands and stated positions, it has now become abundantly clear that Shivanna's 100th film Jogayya will not have an individual release on August 12 which will be the Varamahalakshmi festival day this year.

The film will have to face competition from Dwarakish produced Vishnuvardhana which is all set to hit the screens on that day, as both Dwarakish and his son Yogish who is the executive producer of the film have been firm in their decision to release their film which will be titled as either Veera Vishnuvardhana or Raja Vishnuvardhana. The announcement will be made shortly, though it looks like the film's title would be Veera Vishnuvardhana based on purely sentimental reasons, as actor Sudeep's last two films Veera Madakari and Veera Parampare have become hits.

The news is that Dwarakish has been able to get the title clearance from the South Indian Film Chamber of Commerce for these two titles.

It may be recalled that Ms. Bharathi Vishnuvardhana had also advised Dwarakish to keep the title of the film as Raja Vishnuvardhana in a televised confrontation shown at the height of the title controversy.

In a chat with Chitraloka.com, Dwarakish confirmed that he is going to release the film on Varamahalakshmi day as this is the next film that he is producing after he made the block buster film Aaptha Mithra with Dr. Vishnuvardhan. "People in the industry are aware how my life changed for the better after I struck to release Aaptha Mithra on the Lakshmi festival day which brought a new lease of life to me and the then troubled film industry. The film ended the eighteen year draught of success I faced in my life. I had not started any film till the script of Vishnuvardhana was ready. I will certainly release the film on Vara Mahalakshmi festival day' says Dwarakish. The fact that his film will face competition from the much hyped Jogayya has not detered Dwarakish from taking this decision as he says that there are number of occasions when two films released simultaneously have won the Box office battle together.

"I started the trend of releasing my films on the auspicious Vara Mahalakshmi festival day which was later followed by others. It is for purely sentimental reasons that I want my film to be released on the festival day' says Dwarakish.

It is well known that director Prem will release all his directorial ventures on the Vara Mahalakshmi festival day as he did in case of films like Jogi and Ee Preethi Yaake Bhoomi Mele. Jogayya is a film made under his own production banner made by his wife Ms. Rakshitha Prem. Prem has been telling that the film has been made with a huge cost and the film is also attracting huge buying interest. But in case of Puneet Raj Kumar starrer Raaj which was produced by Sreenivasa Murthy, Prem could not release the film on the Mahalaksmi festival day as the produciton process had not completed by then.

The shooting of Jogayya is completed and the dubbing work for the film would start from May 10, while the first phase of editing work would be over by that time. The Audio of the film will be released for sure on May 18 after several postponements done earlier. The graphics work and the 3D song work is in progress now which will be finished on time by the end of June. The process of entire production work would be over by the June End. Already the film has obtained huge publicity till now, but Prem as an expert in garnering high degree of publicity for his films during the pre release time has some more ideas in his sleeve to create a big buzz about the film before its release.

In case of Vishnuvardhana, the shooting for the entire talking portions of the film will be finished and only picturisation of the climax sequence and three songs will be kept pending. Dwarakish says that editing work is almost complete for the portions completed in the last schedule by his editor Gowtham Raju. He is planning to finish the dubbing work for the film by the end of May after which he will take up the shooting of songs and the climax sequence. As for now, one fire fighting sequence shoot has been completed for the film.

"I will not face any problems to release the film on the festival day' says Dwarakish. But one thing is sure. Dwarakish's film lacks publicity so far and has not been able to generate even ten percent of Buzz of what Prem has already created for the film Jogayya. Except for the muhurath day which ended on a tumultuous note with Vishnu's fans storming the Abbaiah Naidu studios and Ms. Bharathi Vishnuvardhan screaming in the television channels, the film has not made any substantial news in the media.

How Dwarakish plans his publicity in the near future has to be seen. Sources say that both Dwarakish and Prem would stick to their stands and plan to release the film on Varamahalakshmi festival day which may see the clash of these two biggies.