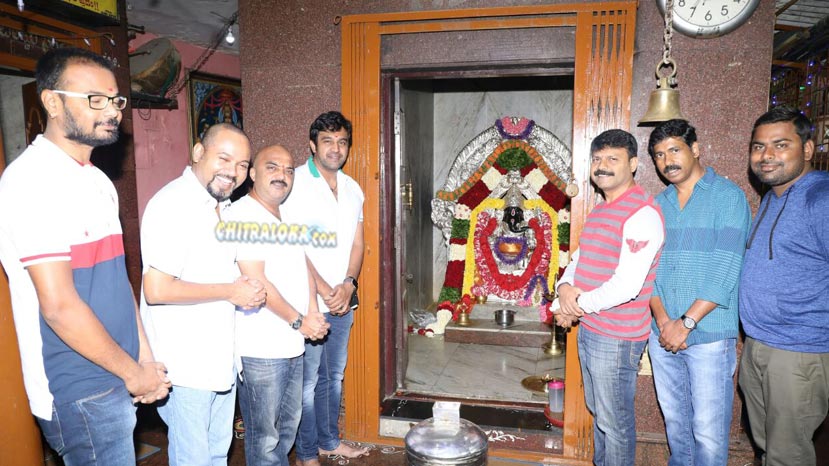 Amma I Love You Launch Image

Dwarkish's 51st film as a producer, 'Amma I Love You' was launched on Monday in Bangalore. Actor Chiranjeevi Sarja, director K M Chaitanya, cameraman Shekhar Chandru, executive producer Yogi Dwarkish and others were present at the occasion,

'Amma I Love You' is the remake of Tamil hit 'Pichchaikaran'. Vijay Antony had played the role of the hero in the original, while the film was directed by Sasi. The Kannada version stars Chiranjeevi Sarja in lead role and is directed by K M Chaitanya. This is Chaitanya and Chiru's fourth collaboration together.

Already the shooting for the film has been started in Bangalore. Some sequences starring Prakash Belawadi and Giri Dwarkish were shot.

Chiru replaces Ishan in Amma I Love You - Exclusive