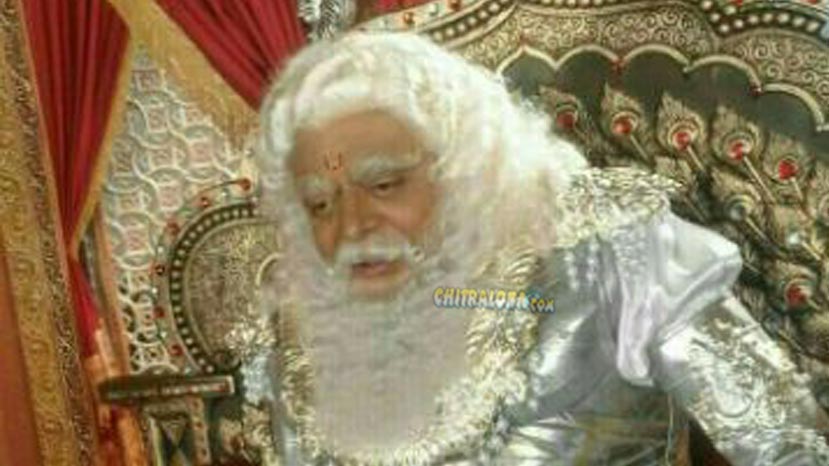 Actor Ambarish is reprising the role of Bheeshma in Darshan's 50th film 'Kurukshetra'. The actor says it takes just 12 minutes for his make-up in the film.

'Kurukshetra' is based on the Mahabharatha and Darshan will be playing the role of Duryodhana, while Ravichandran is seen in the role of Krishna in this film. Apart from that Nikhil Kumar, Shashikumar, Sonu Sood, Ravishankar, Srinath, Haripriya and others are playing prominent roles in the film. The film is being produced by Muniratra. Senior director Naganna who had directed 'Krantiveera Sangolli Rayanna' is directing the film.