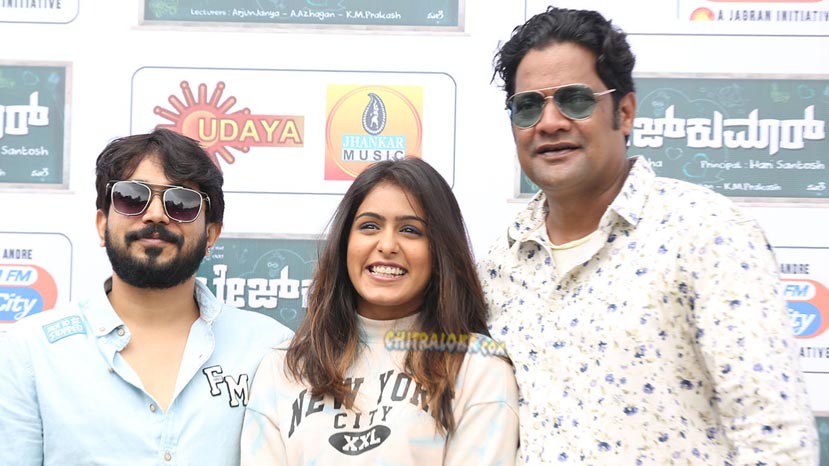 Director Santhu's new film 'College Kumar' is nearing release and the team released the first song of the film at the Sheshadripuram College in Yelahanka on Friday. Ravishankar, Vicky, Samyukta Hegde, Arjun Janya and others were present at the occasion.

'College Kumar' stars Vicky and Samyukta Hegde as the hero and heroine. Ravishankar and Shruthi also play prominent roles in the film.

'College Kumar' is being produced by L Padmanabha who had earlier produced 'John Jaani Janardhan'. Santhu himself has written the story and screenplay of the film. Arjun Janya is the music director, while K M Prakash is the editor.