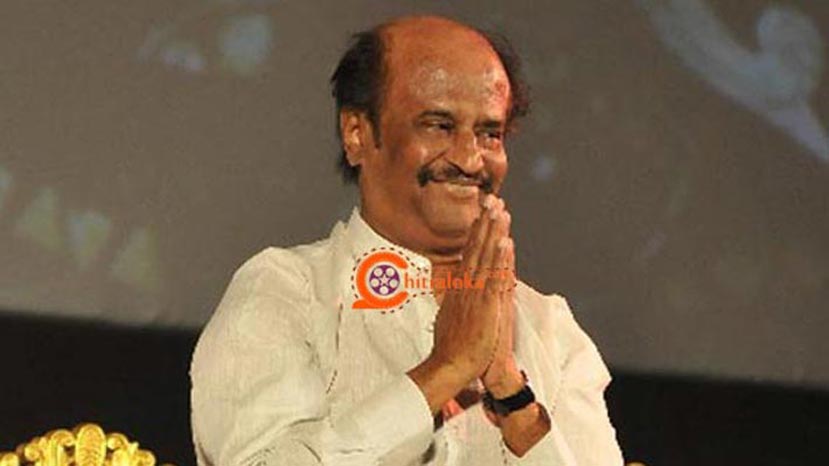 Super Star Rajnikanth's sudden illness on the day of the launch of his latest film Rana has triggered of lot of rumous in Chennai and Bengaluru. The film which is to be made with a huge budget was launched on April 29 at AVM Studios. Rajnikant took ill exactly half an hour after he reported for the mahurat of his most ambitious film to date. KS Ravikumar is the director of this film. Rana has Rajnikanth featured in triple roles.

Rajnikanth was barely for around half an hour on set when he complained of restlessness and around noon he was rushed to Isabella Hospital in Mylapore. He also had stomach pain which he had been complaining for more than a year. Many dignitaries had visited the Hospital to see Rajnikanth and large number of his fans was outside the Hospital. Now, the news is that the shooting of the film has been postponed for a week.

The reasons attributed to the sudden illness is attributed to the excessive drinking habits of the Super Star who had recently stopped his drinking. Rajni used to hit the bottle almost daily and was an excessive drinker which is known to many of his friends in Benglauru, Hyderabad and Chennai. He used to rest in Bengaluru in his flat opposite to the Race course to just sit alone and enjoy his drinks.

He also used to visit Mohan Babu's guest house in Chittoor and Kuppam to stay alone. Rajni has been addicted to drink for the four decades and had decided to put a stop to this habit recently. A source said "For nearly 40 years Rajni has been a heavy drinker. Many Bollywood actors who have had a drink with him know that Rajni could have as many as eight to nine pegs of whisky on occasions. However, on his birthday (December 12, 2010) the actor decided that he would kick the drinking habit. And eventually, a couple of months ago he gave up drinking.

Now he doesn't touch a drop of alcohol. And as it happens with all heavy drinkers who give up, he gets a bit restless sometimes.

Anyway now that Rajni has improved his health and is ready to attend the shooting schedule of his much awaited film, many of his fans are extremely happy.