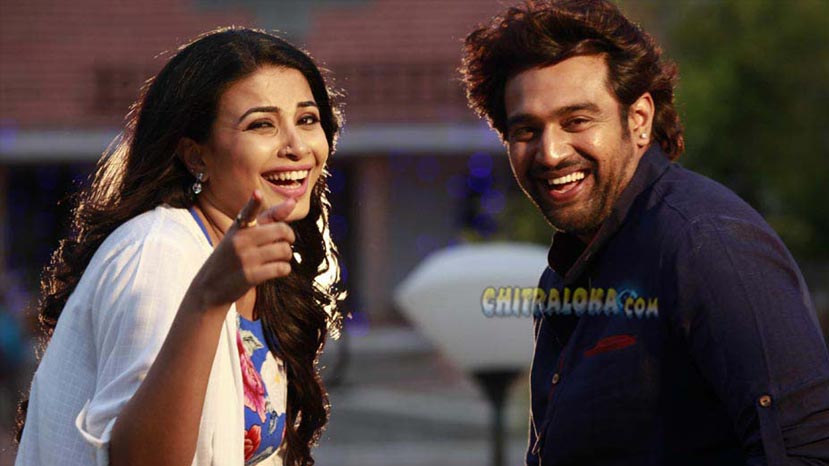 Chiranjeevi Sarja's new film 'Samhaara' which is being directed by Guru Deshpande is complete and the film is likely to release in the month of November. Meanwhile, Chiranjeevi's role in the film has been released.

Chiru plays a role of a blind in the film. This is the first time that Chiranjeevi is playing such a role in his career.

'Samhaara' is being produced by A Venkatesh and Sundar Kamaraj under the Manu Enterprises banner. The film stars Chiranjeevi Sarja and Chikkanna in prominent roles. Haripriya and Kavya Shetty are the heroines. Guru along with his team has scripted the film Jagadish Wali is the cameraman. Ravi Basrur who shot to fame with 'Ugram' is composing the music for the film.