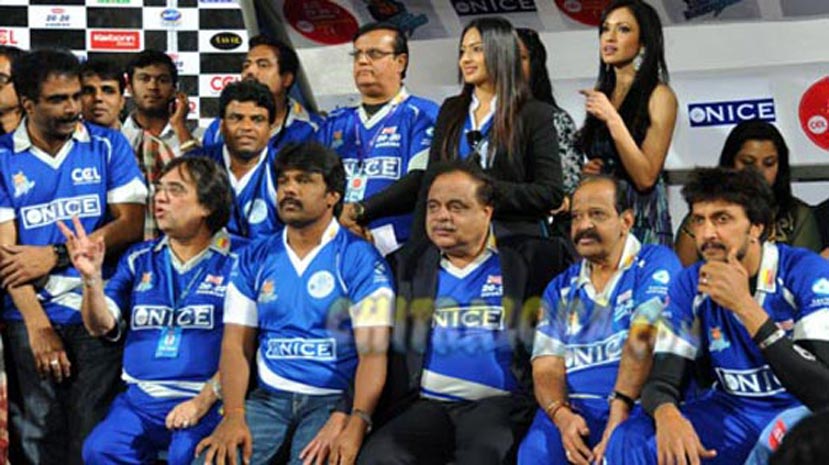 Karnataka Bulldozers team captained by Kichcha Sudeep has won both the matches it had played in the Celebrity Cricket League matches so far. It has won its matches against the Bollywood team that was played in Bengaluru on Saturay, the June 4 in a convincing fashion. On Sunday, the Karnataka film stars team had won its match against the Kollywood cricket stars team with a stunning batting performance that were the cynosure of all eyes.

Kichcha Sudeepa has proved to be a great captain for the Bulldozers team and has also excelled in his batting in the first match scoring 30 runs without getting out. But it is Dhruva who had represented the Karnataka Deaf and Dumb team who has excelled in bright performance in both the matches. In the second match against Chennai Rhinos, even actor Karthick who had played the villain's role in the recently released film Kempe Gowda has shown his wonderful talent in his batting.

The Karnataka Bull dozers team has won both its matches with seven and eight wickets to spare which should cheer up its fans. Ashok Kheny, the owner of Karnataka film stars team and Rebel Star Ambareesh are quite upbeat with the two wins scored by Kichcha Sudeepa's team. Karnataka is definite to reach its final and will its strong form all in evidence, the final which is slated on June 12 looks to be a cake walk for our team.