Manoranjan Drives With His Mother 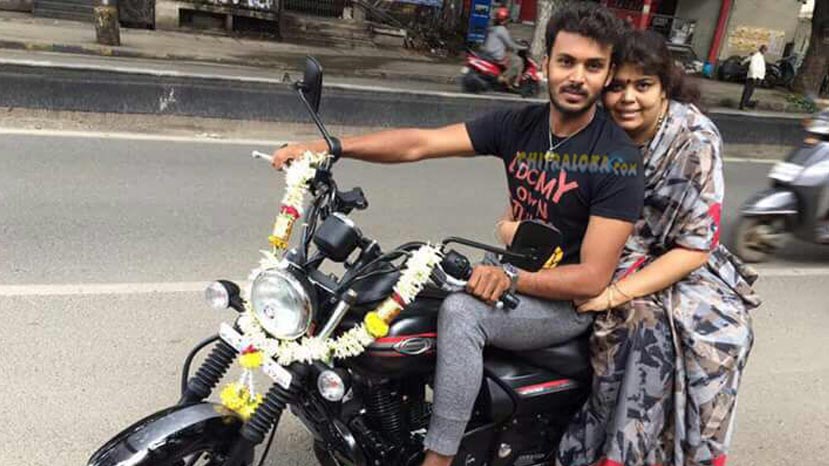 Manoranjan rides with his mother

Manoranjan Ravichandran surprised people of Rajajinagar by taking his mom on a bike ride on Dr Rajkumar Road. The actor who made his debut recently with Saheba was seen with his mother on a brand new Pulsar Street bike.

Ravichandran is well known in films for his biking starting from the film Premaloka. While it would be normal to expect his son Manoranjan to take some heroine on a bike he showed he is still his momma's boy by taking his mother on a ride.

After Saheba Manoranjan has acted in VIP which is releasing shortly.