Upendra Celebrates His Birthday With Fans 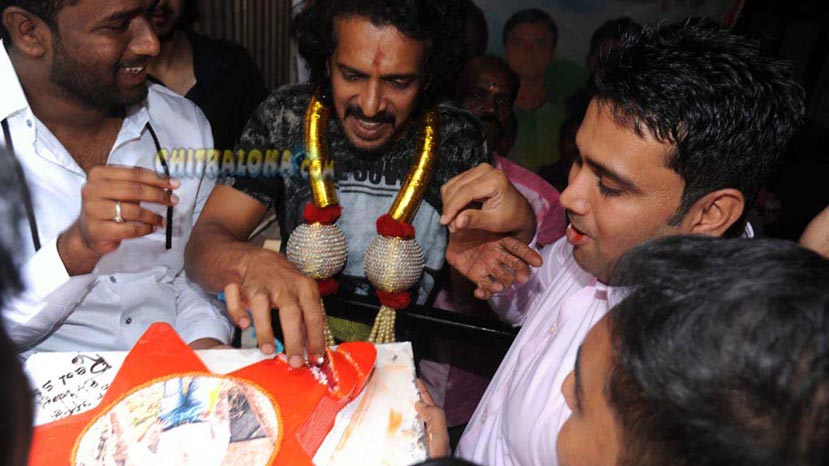 Actor-director Upendra on Monday celebrated his 49th birthday with his fans and family at his residence in Kathriguppe in Bangalore.

However, the fans did not pay much attention to Upendra's words and came with cakes and garlands and celebrated his birthday in a grand style.