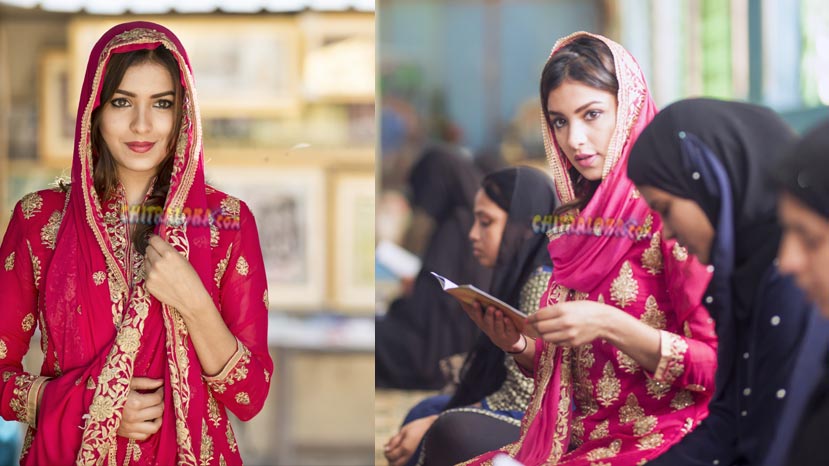 Vinay Rajakumar's third film 'Ananthu Versus Nusrath' was launched early this month. Though the movie was launched the heroine for the film was not selected. Now Latha Hegade has not only been selected as the heroine,  but the photo shoot was also held on Saturday.

The photo shoot of Nusrath's character played by Latha Hegade was held at the Cottonpet Darga in Bangalore on Saturday. Latha Hegade and others were present.

While, Latha Hegade is portraying the title role of Nusrath, Vinay Rajakumar will be seen as Ananthu. The film is a love story set in the court backdrop. Debuntane Sridhar Shanbhogue is not only directing the film, but also has scripted it. The shooting for the film which is being produced by Manikya Productions will be starting from the month of October.