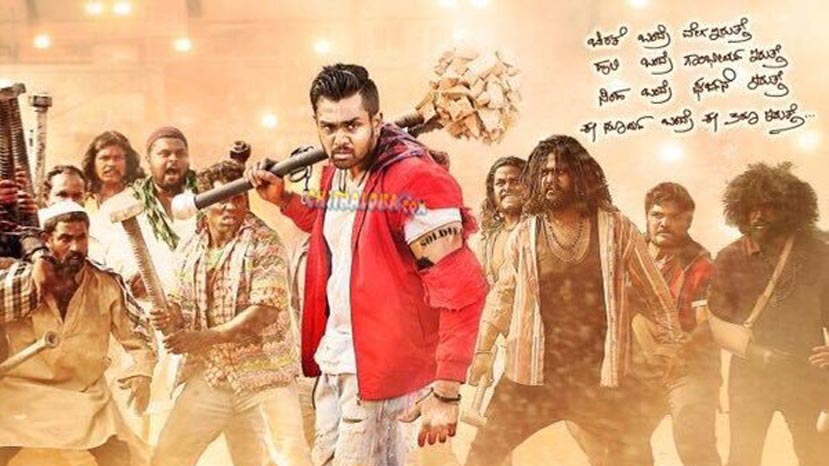 After a long time a Kannada film is releasing in Rex theater on Brigade Road. Rex is one of the prominent theaters in the are surrounding MG Road. It usually screens English films and sometimes Hindi film. Not only is Bharjari releasing there next week but the advance booking for the film has already started there.

It is the first theater taking advance booking of the Dhruva Sarja starrer film. The film has been given the morning show at the theater. Even then it is a major development considering that no Kannada film has released there in recorded memory.

The film pairs Dhruva Sarja with Rachita Ram for the first time and is directed by Chetan Kuam. Chetan earlier directed Dhruva Sarja in the film Bahadur which was a big hit. This is his second film as director with the same actor. Dhruva made his debut in Addhuri in 2012 and this is only his third film after Bahadur. In five years he has acted in only three films and this has added to his attraction. Bharjari is expected to take a humongous opening at the box office.