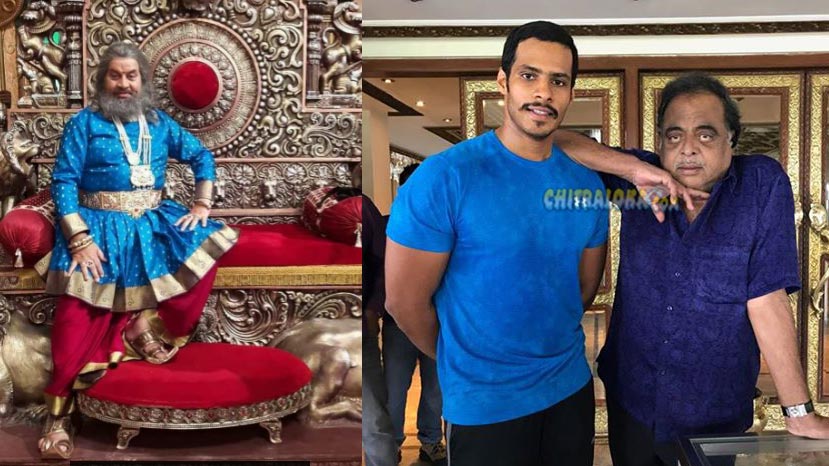 Shooting for Darshan's 50th film Kurukshetra is in full swing in Hyderabad. More information and pictures are tumbling out one by one. The latest is of senior actor Srinath. He is seen seated on a royal throne. The grand throne is so huge and intricately carved that the richness and grandness of the film can be gauged from it.

Srinath's role in the film can be understood from this. Another photo is of Ambareesh and Nikhil Kumaraswamy. They are not in costume and the photo is taken after shooting hours when they are relaxing.