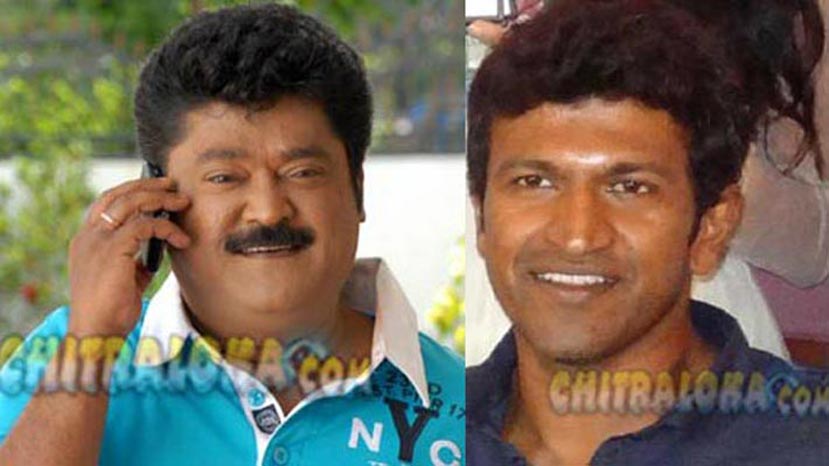 Hundreds of fans of Power Star Puneet Raj Kumar presented a dog to the actor who celebrated his 36th birthday on Thursday morning. At the stroke of midnight, hundreds of Power Star Puneet Raj Kumar's fans had gathered in the residence of the actor (behind the CBI office) and celebrated the actor's birthday with lot of exuberance and happiness. A big cake was placed before the actor who cut the birthday cake. A big slice of cake was delivered to elder brother Raghavendra Raj Kumar who ate it. The fans were quite ecstatic. Incidentally an ardent fan of the actor also presented a Dog to Puneet. Incidentally this birthday has been quite important for the actor as the Telugu dubbed version of his recent block buster film Jackie directed by Soori is getting released in Friday, March 18 all around Andhra Pradesh.

Popular actror and politician Jaggesh birthday is also celebrated at his residence in Malleswaram. Fans were seen in front of his house distributing sweets. Jaggesh has arranged pooja in the morning at his residence and many film personalities, politicians will be attending the pooja.