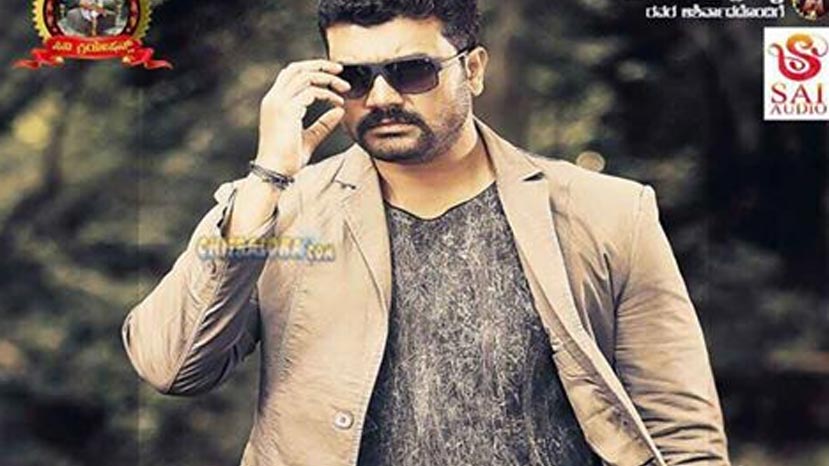 Srujan Lokesh makes a journey to the big screen once again and this time it is with a suspense romantic film. Happy Journey is a very unusual film for it combines many different kinds of elements successfully. First it looks like a romantic story with friendship as the backdrop. Then it suddenly becomes a suspense drama and adds elements of horror and there is also an underlying comedy element. Overall it is an entertainment package that is full paisa vasool film.

Six friends are lost in a forest and they are found by a police squad. After questioning it is found that one of the original members of the friends group is missing. The story goes into flashback and we see Srujan Lokesh and his other friends working as engineers. Though they are friends there is competition among them also. There is also love with two of them loving the same girl.

There are so many random incidents in the first half like the explosion of a geyser and a love proposal that do not seem to fit into the story. But when they are revealed in the second half suspense there is real suspense and wonder at how the director has managed to connect all the incidents superbly. The first half and second half are stitched together by suspense elements.

The second half of the film also has superb comedy scenes and some horror as well. The horror is actually suspense in disguise. The twists that the director gives to the film every 10-15 minutes is intelligent. With each turn of the story we are confounded with a new mystery. Is the character of Srujan planning something sinister? Is he trying to help his friends or trying to cause them harm? What has happend to him in the first place? These are some of the questions that prop up as suspense.

The film provides wholesome entertainment. In the first half Srujan's character is timid. In the second half it is bold and comes with surprise. Kuri Pratap and Naveen Padil provide comic entertainment which is funny. MR Seenu has done some excellent cinematography for this film. The other actors including Ramesh Bhatand Shivadwaj have done a decent job. Amita Kulal has done a nice job. It is Srujan who steals the show with his all round performance. Harshika Poonacha appears in a special role in the second half of the film. Even the guest role has a suspense element to it. Go enjoy the film. It is an unusual treat for fans.