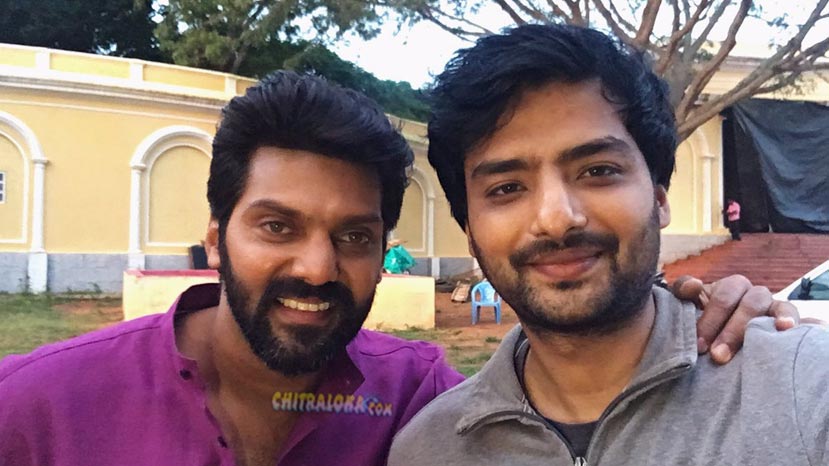 Well known Kollywood actor Arya who is known for his performance in 'Naan Kaduval' has made his debut in Kannada through Anup Bhandari's 'Rajaratha'.

'Rangitaranga' fame Anup Bhandari's latest film 'Rajaratha' is in the last leg of shooting and now Arya has been roped in to play a guest role in the film. Arya has already joined the sets of the film and is busy shooting.

'Rajaratha' stars Nirup Bhandari and Avanthika Shetty in lead roles. Apart from Nirup and Avanthika, Ravishankar plays a pivotal role in the film. Ajaneesh Lokanath has also composed five songs for the film.