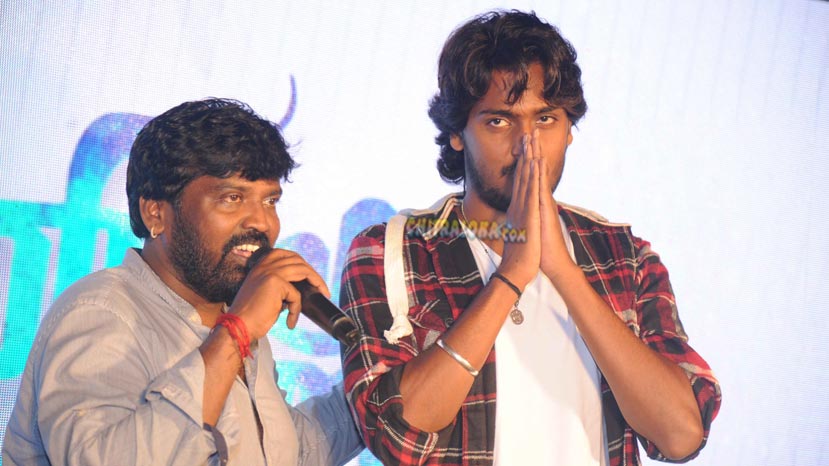 The first look and teaser of Ravichandran's son Vikram's debut film 'Novembernalli Naan Avalu' was launched on Vikram's birthday on 16th of August.

The teaser release was held at Orion Mall and Vikram, Manoranjan, Arun Sagar, Satya Hegade and others were present at the occasion.