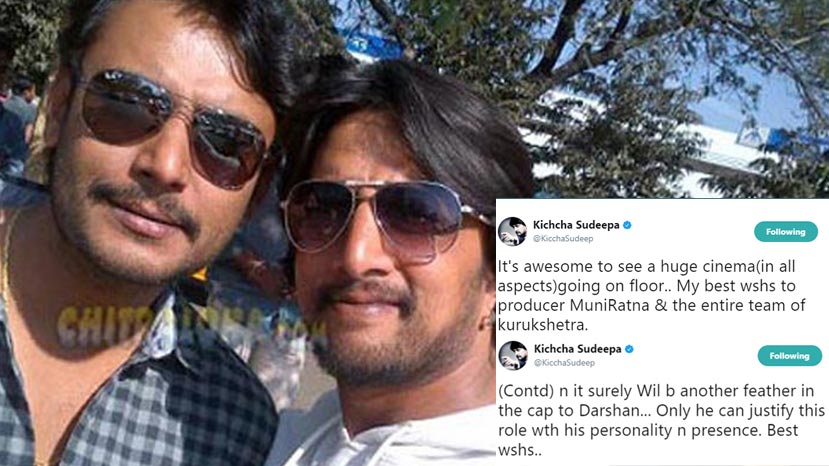 In a message that surprised many Sudeep has wished the team of Kurukshetra. The film was launched yesterday and stars Darshan in the lead role. After Darshan announced that he and Sudeep were not friends anymore a few weeks ago Sudeep had not responded.

But a few minutes ago he tweeted "It's awesome to see a huge cinema(in all aspects)going on floor.. My best wshs to producer MuniRatna & the entire team of kurukshetra. n it surely Wil b another feather in the cap to Darshan... Only he can justify this role wth his personality n presence. Best wshs.."

It was not a backhanded compliment for his old friend. Darshan. He named Darshan by name and wished him saying only he suited the role. The wishes surprised Sudeep's fans also.