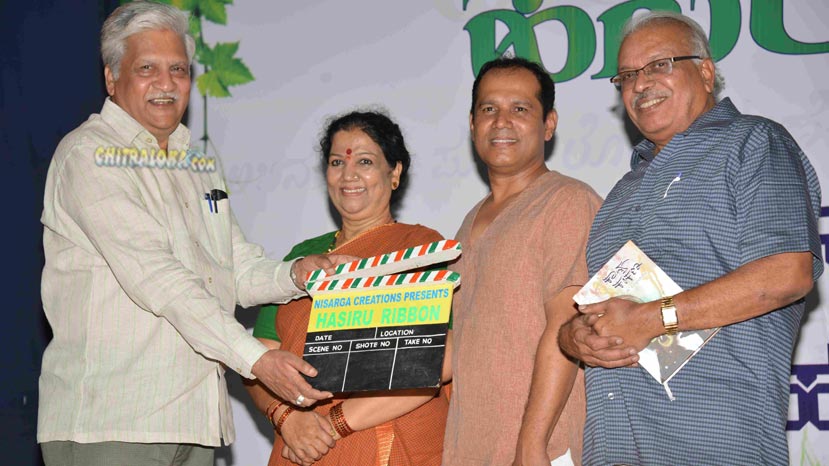 Well known poet H S Venkateshamurthy has turned director with a new film called 'Hasiru Ribbon' and the film was launched on Sunday evening at the Kannada Sahitya Parishath in Bangalore.

The film launch was attended by Karnataka Chalanachitra Academy chairman S V Rajendra Singh Babu, Hamsalekha, Srinath, B Jayasri, Jogi and others were present at the occasion. Rajendra Singh Babu has sounded the clap for the first shot of the film.

H S Venkateshamurthy himself has scripted the film apart from directing it. Upasana Mohan is the music director, while P V R Swamy is the cameraman. Nikhil Manju, Girija Lokesh and others are playing prominent roles in the film. The film is being produced by R S Kumar under Nisarga Creations.