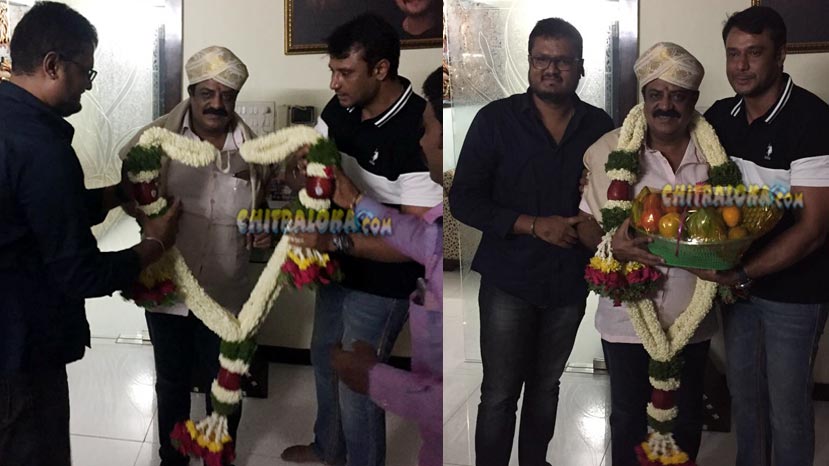 Darshan 50th movie Muniratna Kurukshetra was launched today. Movie producer Muniratna in his speech there was lot for praise for KFCC president Sa Ra Govindu and producer MG Ramamurthy who was the producer for Darshan first movie Majestic. Interestingly it was Muniratna who had clapped for the movie Majestic.