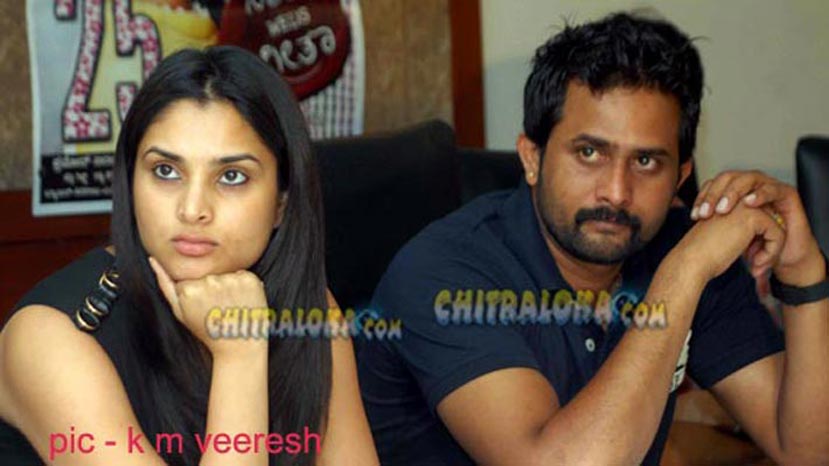 It was an occasion for Sanju Weds Geetha producer and director Nagashekhar to remember those friends who had helped him the most during the making of his second directorial venture. In a press meet organised to celebrate the success of his film Sanju Weds Geetha, Nagashekhar went emotional and nostalgic and remembered those great souls that gave him the courage and resources to make a passionate film.

The entire team of the Sanju Weds Geetha had attended the function except cameraman Sathya Hegde and the film's main producer Pramod Narayan who was on a pilgrimage trip. Jessie Gift, the music director made his presence in the press conference to reiterate that the Gaganave Baagi was an original composition and its tunes had been used for Mohan Lal starrer Malayalam film China Town directed by Rafi Macartin duo.

Sreengara Kitty who has been enjoying the success of SWG and has been propagating well for the film even after the release and actress Ramya who has presented the film were present in the film along with Rajashekahara Naidu who had played the Jailor's role in the film. Nagashekhar said that the success of the film has gladdened the hearts of many people who had associated with the film. He said that at this point of time he had to really thank the support extended by Ramya and distributor Basha.

'Besdies these two personalities who had put a big stake in the production and release of the film, I have to thank Kittappa and many artists and technicians who had helped me in times of crisis' said Nagashekhar.