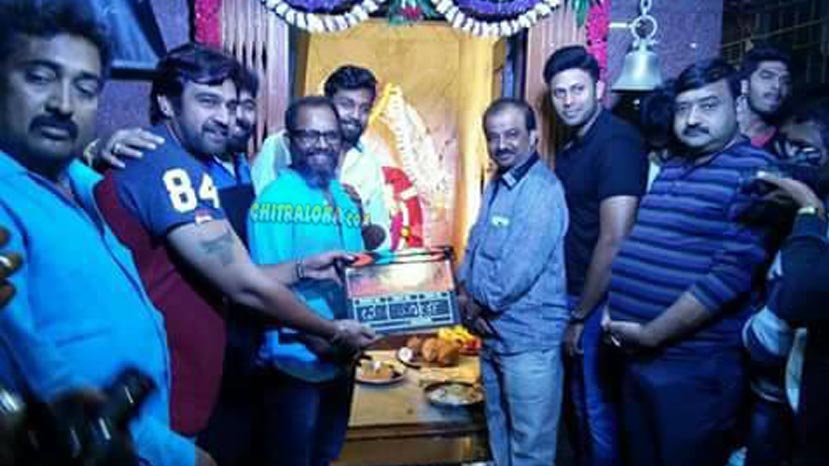 Dhruva Sarja's new film 'Hayagreeva' was launched in Ganapathi temple in West of Chord road on Friday morning. Dhruva's brother and actor Chiranjeevi Sarja sounded the clap for the first shot of the film.

'Hayagreeva' is being directed by well known commercial film director Nandakishore and produced by Gangadhar who had earlier produced 'Adhyaksha', 'Jarasandha' and other films.

As of now the heroine for the film has not been selected. Apart from that Ravichandran, Ramya Krishna, Sonu Sood and others are likely to act in the film in prominent roles. Arjun Janya is the music director.