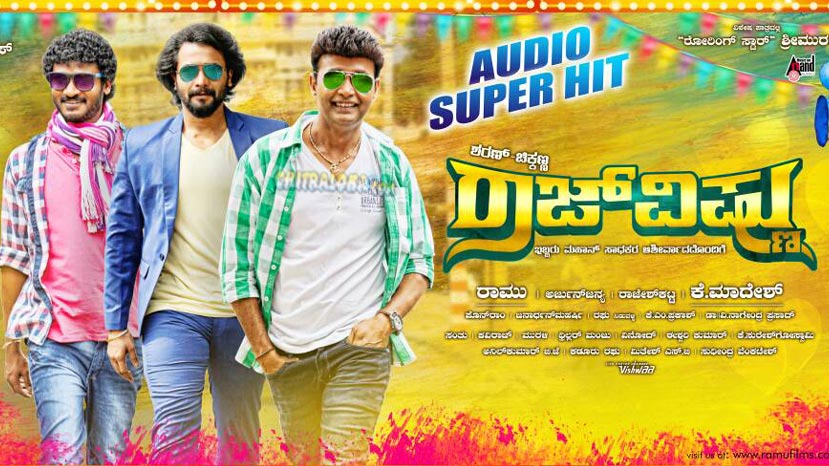 The songs of Sharan-Chikkanna starrer 'Raj-Vishnu' has been released and the songs has been getting good response from the audience.

'Raj-Vishnu' is the remake of Tamil hit 'Rajani Murugan' and stars Sharan, Chikkanna, G K Srinivasamurthy, Ravishankar and others in prominent roles. Marathi actress Vybhavi Shandilya has been roped in as the heroine for Sharan in the film. Actor Murali has played a supporting role in the film.

Ramu is producing the film, while K Madesh is the director. Arjun Janya is the music director, while Rajesh Katta is the cameraman. 'Raj-Vishnu' will be releasing in the month of July.