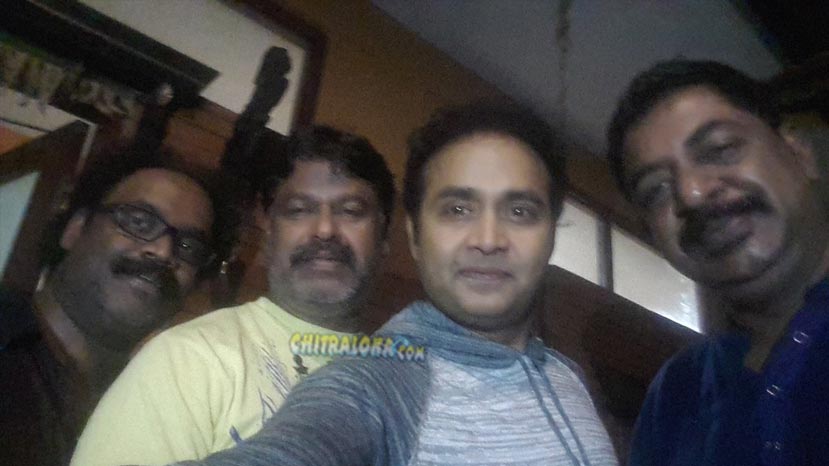 The songs of Ganesh starrer 'Mugulu Nage' is all set to be released on Ganesh's birthday (July 02nd). Meanwhile, actor Sharan has sing a Goan song for this film under the music direction of V Harikrishna.

'Mugulu Nage' marks the return of Ganesh and Yogaraj Bhatt after 'Galipata'. The film has four heroines and Apoorva, 'Nikitha Narayan, Ashitha and Amulya have acted opposite Ganesh in the film. Apart from that Ananth Nag, Rangayana Raghu and others play prominent roles in the film.

Yogaraj Bhatt himself has written the story, screenplay and dialogues of 'Mugulunage'. Sugnan is the cameraman, while V Harikrishna is the music director. The film is being produced by Syed Salam, who earlier produced 'Lifeu Ishtene'.