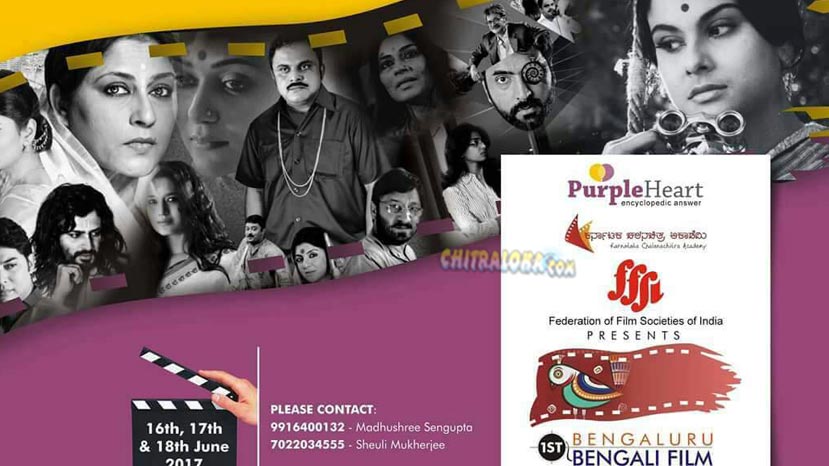 The Federation of Film Societies of India and the Karnataka Chalanachitra Academy is jointly organizing a three day Bengali and Kannada Film Festival in Bengaluru and Kolkatta.

The festival is being organised to create an opportunity for the exchange of cultures between the two states. The festival is being held at Chamundeshwari Studio from 16th to 18th June 2017. The three day festival will be inaugurated by 'Charulata' fame Madhabi Mukherjee at 5 PM tomorrow. Apart from that Girish Kasaravalli, Nagabharana, Bratya Basu, and others will be present at the occasion.

Similarly the Kannada Film Festival is organised from July 21st to 23rd at the Nandan Complex in Kolkatta.