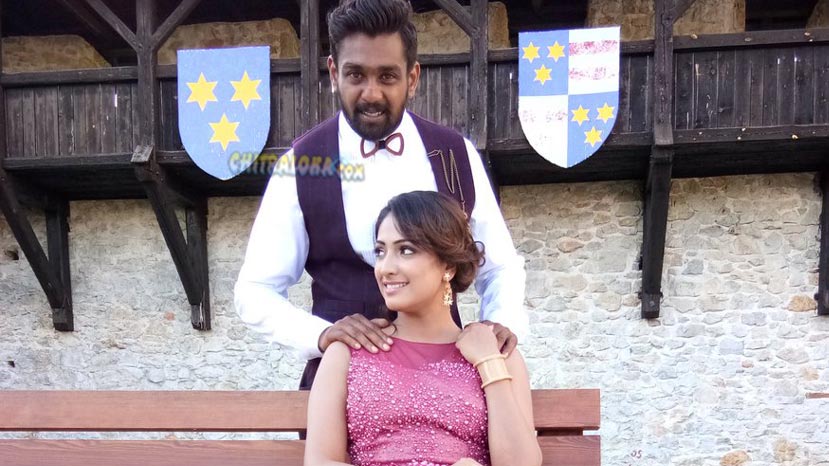 The team of 'Bharjari' is busy shooting songs in Slovenia and actors Dhruva Sarja, Rachita Ram and Haripriya are participating in the shooting while A Harsha is choreographing the songs of the film.

Bharjari' marks the return of the 'Bahaddur' team once again. The film is being produced by Kanakapura Srinivas and is being directed by Chethan Kumar.