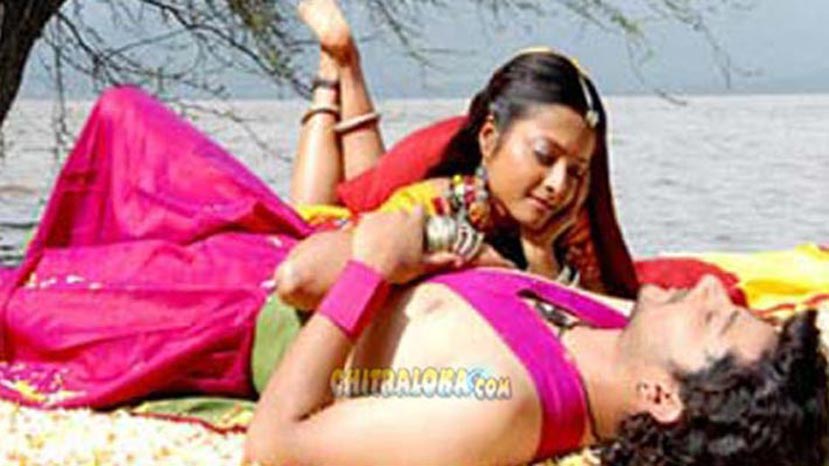 The shooting of  BDT Abhiyantharara Chitra presentation Parie directed by sudhir Aththavar  and produced by a group of  Software film enthusiasts has been completed on Sunday midnight. A press conference was organized on Monday evening to announce the completion of the shooting of the film in which the  team members including the leading artists  Rakesh  of  Josh fame, Naga Kiran, Smitha and Harshitha Poonacha had participated.  The film’s cinematographer Anantha Urs and music director Veera Samarth were also present in the press meet.

Sudhir Aththavar said that the film’s shooting was completed in 125 call sheets in 50 days.  The film’s shooting was conducted in various locations including Bengaluru,  Davanagere,  Sandur, Shivapura Thanda and Kandikeri.  Three Padmashree awardees Art director M.S.Sathyu, Still photographer  Nimay Ghosh and  Singer Usha Uthup have worked for the film.   “M.S.Sathyu sir has created two wonderful sets  to shoot two beautiful songs for the film.   Usha Uthup has played the role of a singer in a songs sequence.  Nimay Ghosh sir worked as a teen aged technician in the film’ said Sudhir Aththavar.   Sudhir Attavar and all the producers were fully appreciative of the efforts of the artists who worked day and night to fecilitate the completion of the film.

Harhsitha Poonacha said that  she liked the way songs of the film were shot and was bowled over the lyrics of the film. Smitha who is playing the title role in the film said that the film has offered her the best role in her career.  She also added all the artists had body painted for the shooting of a particular song sequence of the film.

Music director Veera Samarth said that the music of the film was a mix of folk, jazz, Pop, classical styles of  music.