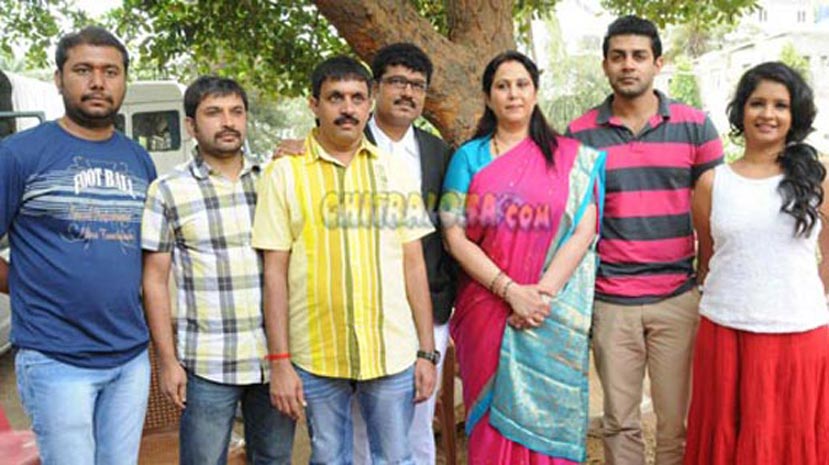 Raghu Mukherjee and Shubha Poonja starrer 'Meenakshi' which was launched four years back, is all set to release on the 23rd of this month.

It's been more than four years since the film was launched. Though the shooting for the film was completed, the release got delayed due to various reasons. Now Jayanna has taken over the film and will be releasing the film on the 23rd of June.

'Meenakshi' stars Raghu Mukherjee, Shubha Poonja, Geetha and others in prominent roles. The film is directed by Sridhar Hegade, while Aditya Ramesh is the producer. Vani Harikrishna has composed the music for the film, while Malhar Bhatt Joshi is the cameraman